And They Were So Close to Canada! 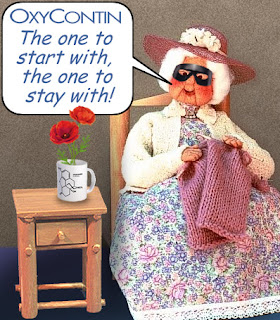 Looks like some Medicare patients will go to any lengths to escape the high cost of U.S. prescription drugs. Even if only through opium-induced euphoria.

Michigan: Twenty-six persons have been charged by Federal investigators in a Medicare fraud scam that took in more than $58 million in fraudulent billings and illegally acquired more than 6 million doses of pricy medications. Drugs were used to entice Medicare patients to play along.

The brains of the gang, one Babubhai Patel, ran a network of 26 Michigan pharmacies that bribed physicians to write the prescriptions, many of them opiates and other frequently-abused pharmaceuticals. Physicians recruited grandmas as mules. Medicare patients would knowingly fill the illicit prescriptions, keeping the drugs and handing over their Medicare and Medicaid billing information to the conspirators. Four doctors and ten pharmacists, as well as some of the patients and others, were indicted in the federal grand jury action.
Posted by The CarePrecise Blog at 11:41 AM